Hi friends! I just wanted to show you some of the flowers I've been making lately. These are the more tedious ones to make. But they look really beautiful. I took a small Prima flower and broke it into its components. I tried to recreate it but I don't have anything to make those beautiful grooves that are usually found in Prima flowers. I tried to distress the petals as much as I can to get more dimension.


I know I promised I would make a tutorial on how to make one of my flowers. I just need someone to take a picture while I'm making them! My husband's been busy lately and usually tired when he gets home. I wanted to give him enough rest time. Hopefully this weekend I can ask him to help me. :) In the mean time, here are the flowers I made. 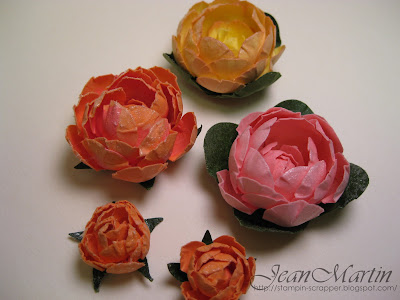 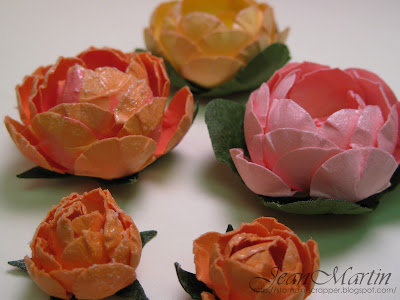 Here's a close up shot of them. 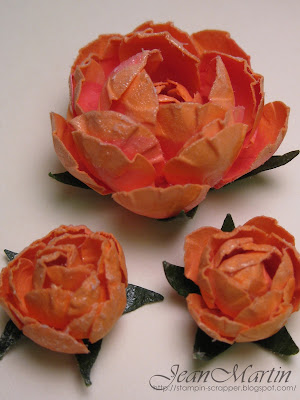 Jean Martin
NY, United States
Hello and welcome to my blog! I live in New York with my husband and 3 cats. This is my little corner of the web where I post my card creations and just say what's on my mind at the moment. Go ahead and look around. I hope you like what you see! And feel free to leave a comment. I love reading comments!!! Enjoy!

New tutorial up on A Cherry on Top 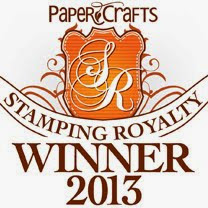 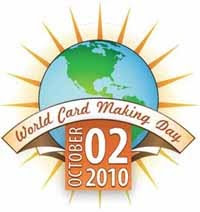 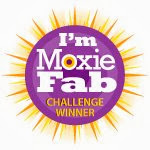 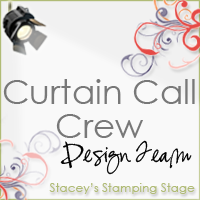